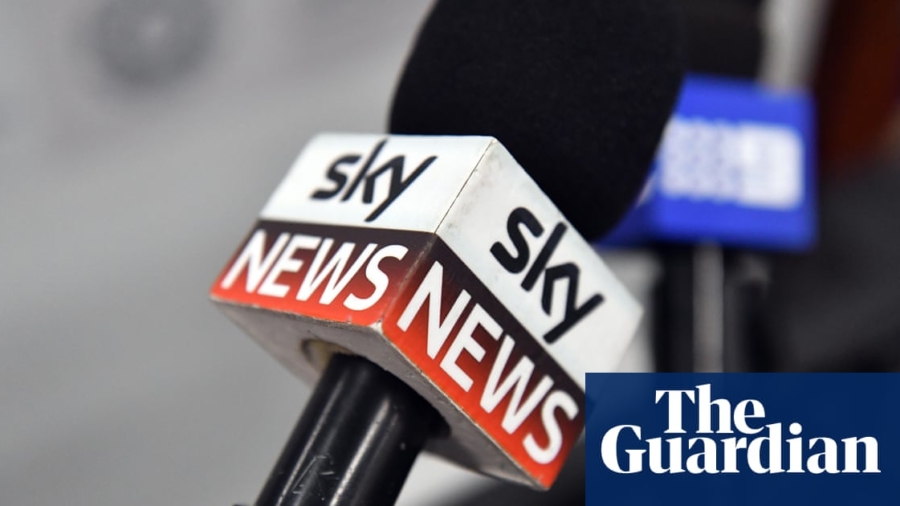 American Express has become the first multinational company to pull its advertising from Sky News in the wake of the channel’s interview with the far-right extremist Blair Cottrell.

The finance company’s Australian division announced on Twitter that it had decided to suspend its relationship with the channel.

The company’s account said: “American Express has made the decision to suspend advertising from Sky News, as recent content on the channel does not reflect our brand values.”

The move – the first by a multinational company – comes after Sky News’ The Adam Giles Show on Sunday broadcast an interview with Cottrell, a far-right extremist who has previously said he wanted a portrait of Hitler in every school classroom.

On Monday Sky said it was suspending the show, banning Cottrell from appearing again and announced a restructure of senior management.

On Tuesday evening, a spokesperson said the news channel acknowledged and respected Amex’s decision to suspend advertising, but added they had apologised and addressed the concerns “in the strongest possible way.”

American Express’s decision comes amid an activist campaign to target advertisers urging them to pull commercials from TV networks and newspapers that publish far-right extremist and sexist views.

Initially founded in the US as Sleeping Giants, to target the far-right news site Breitbart, the Australian arm of the volunteer organisation was set up in last August.

Organisers say targeting advertisers is the most effective way to fight the normalisation of racism and far-right speech in Australia.

After Cottrell’s Sky News interview on Sunday, the group tweeted out a list of companies that had advertised with Sky News that night.

Qantas, which has a commercial partnership with Sky News and shows the network in its lounges, said it would not alter its arrangement. Nor would other advertisers: the glasses retailer Specsavers, ANZ Bankand Westpac bank.

“People are voiceless,” the organisers, who chose to remain anonymous, said. “They see something on the TV they can do nothing about. They might go on Twitter and have a whinge about it … [but] if media outlets go to air without advertisers it’s a real smack in the face for their credibility.

“We don’t boycott the products of the advertisers, what we are saying is we are looking for advertisers to make a considered ethical decision … Companies are taking blanket advertising, unaware of the content their advertising is aligned with. What we do is bring to their attention, in a polite way.

“Whilst it is not our aim to discourage healthy debate, expression of opinion and freedom of speech, we don’t believe these freedoms should extend to the level of hate speech and misogyny without challenge.”

Andrew Bolt got his facts wrong. But that’s not the only thing wrong with his column | Robert Manne

Organisers said the tactic was proving effective and had led to multiple advertisers pulling out from Outsiders, a show that had come under fire for airing offensive comments about the Greens senator Sarah Hanson-Young.

On Monday they announced that the holiday organiser Luxury Escapes had pulled advertising from Outsiders.

“We have advised a permanent removal from the show (including re runs),” Luxury Escapes wrote on Twitter.

Organisers said they would continue targeting those companies that advertise with Sky, including the nappy maker Huggies.

“We will go back tonight and have a look a which companies are missing [from the channel],” they said. The group also organised phone calls to companies and intend to later pursue shareholder action.

The article, headlined in Sydney’s Daily Telegraph as “The foreign invasion”, was condemned by the Jewish Community Council of Victoria and was referred to the Australian Press Council for complaint.

“The people he is dismissing and belittling are Australians,” he said. “The sheer human diversity is, I believe, a immense strength.

“There’s a very deliberate pattern from the government … If the PM [Malcolm Turnbull] doesn’t call this stuff [anti-immigrant sentiment] out in his own party room – I’m not saying respond to every silly article from Andrew Bolt, we have better things to do in the day – but his failure to do so says all we need to do.”

“It’s a place of great harmony and the idea that there is some siloing going on is simply wrong,” he said. “Anti-immigrant language has been used by senior Liberal ministers.

“It is language we should never hear from leaders of a multicultural community like Australia. The repeated talk about gangs in Victoria, in Melbourne, is a racialising of criminal activity where the ethnicity of perpetrators of crime is almost never relevant.”

Tim Wilson, who represents neighbouring suburbs, said he disagreed with Bolt’s claim that migrants harmed social cohesion, but that he was entitled to raise his concerns.

“There have always been people who have raised concerns about multiculturalism, and they should be entitled to do so as it is a matter of public policy,” Wilson said. “I do not think it is growing … Healthy societies debate topics. Sick societies shut down debate.”